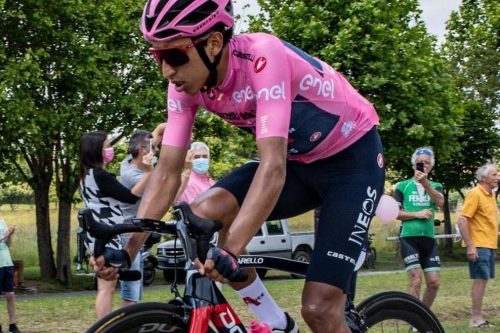 A few days after the official presentation of the route of the Giro d’Italia 2022 The rumors about the Brescia stage are becoming more and more concrete. Inserted in the last week, it will not be a transfer fraction, but one of the hardest and most decisive ones for the general classification.

According to rumors that will soon be confirmed there will be the departure from Lake Garda, presumably Salò on the sixtieth anniversary of the World Championship, then the transito in Valsabbia (among the main sponsors of the fraction there is Valsir with the plants scattered along the Brescia valley, in Vobarno, Carpeneda and the headquarters in Vestone that will be touched by the Corsa Rosa) to then face the Crocedomini, demanding climb that from the Bagolino side had not been tackled since 1998, the magical year of Pantani (climb that was the prelude to the triumph of Montecampione) to then reach Valcamonica and reach the finish line in Valtellina. Not before having tackled at least one other big climb, presumably the Mortirolo tackled from the Brescia side of Monno before reaching Valtellina with a finish line or to Aprica (the climb from Tirano is much more challenging) or the unprecedented climb to the Campo Moro dam above Sondrio, already successfully tested at the last Round under 23, but unpublished for the professional race.

Both solutions provide for approx 200 kilometers of route. The duo between Garda and Valtellina is destined to last over the next few years to always have significant stages close to the conclusion of the Giro. The proponents of the agreement are on the one hand Paolo Zanni, RCS referent for the province of Brescia and on the other Gigi Negri for Valtellina. A another goal, or rather dream, it will convince Sonny Colbrelli (and especially his team) to make him participate in the Corsa Rosa which could literally pass in front of the house where he was born and raised. The Valsabbino champion of Italy and Europe and winner of the Paris-Roubaix, has not participated in the Giro since 2017, or since he moved to Bahrain, the team that diverted him to the Tour de France and the Northern classics.

In 2022, having to change his program to necessarily include the Roubaix (in 2022 will start with race number 1 on his back) participation in the Giro is feasible and would be in the wishes of the rider himself, who is aiming at at least one stage victory in the Grand Tours. To have the confirmation of the route that we have hypothesized on the side of the map, it is enough to wait a little: in fact, in ten days the entire route of the Tour of Italy it should be revealed.

Sorgente: Giro d’Italia 2022, it will be decided between Garda and the Brescia valleys