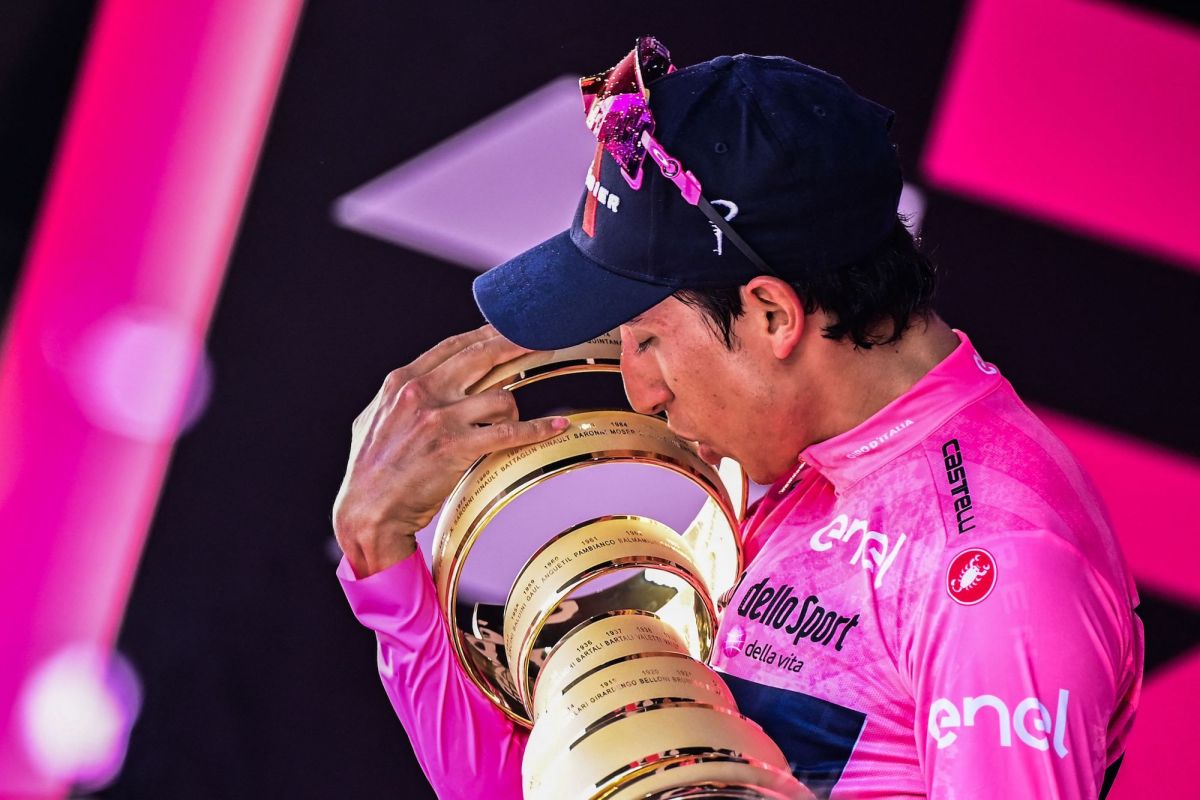 The full route for the 105th Giro d’Italia has been announced, apart from the grand finale, which will be revealed tomorrow.

Organiser RCS already announced that the Grande Partenza would take place in Budapest, Hungary. Five additional sprint stages were announced on Monday, while information on the hilly stages was revealed yesterday. As part of a four-day announcement process, the Italian Grand Tour’s mountain stages have now been made public.

With Thursday’s announcement making clear where the grand finale will be held, the date each stage will occur will also be clarified to complete the route of the Giro.

The 2022 Italian Grand Tour is set to take place between May 6 to May 29, where the riders will tackle over 20 stages over a gruelling three-week period.

Hungary will host three stages of the Giro, before the Grand Tour heads back to Italy.

There is a time trial on day two of the Grande Partenza, taking in the whole of Budapest by crossing the Danube river, and is sandwiched in between two flat stages. The first stage features a short uphill finish that will likely see a reduced sprint while stage three is a nailed on bunch gallop to the line.

Budapest in Hungary will host the Grande Partenza of the 105th Giro d’Italia, after missing out on the chance to do so in 2020 due to the pandemic.

This is the fourteenth time that the Giro has started outside of Italy, and is the first time that a Grand Tour has visited Hungary, with the country set to host the opening three stages of the tour.

The Giro will begin on May 6 with a slightly undulating, largely flat 195km route from Budapest to Visegrád, but the uphill kick to the line will bring the lighter, punchier riders into play and make things tough for the sprinters. The route traverses through the north of the Hungarian capital towards the Slovakian border, marked by the Danube river.

The stage passes through the renowned towns of Székesfehérvár and Esztergom, before a steep five per cent climb for 5km awaits the riders at the end of the route, as they head towards the royal castle. The first maglia rosa will be awarded at the end of an increasingly narrow sprint.

Day two signals the turn of the powerhouses, with the second stage consisting of a 9.2km time trial. The route follows a city circuit from Pest to the historical centre of Buda. Partly on cobblestones, the final climb contains peaks of 14 per cent, with the finish line in Buda Square.

The Grande Partenza ends with a 201km route from Kaposvár to Balatonfüred, taking in the sea of Hungary, Lake Balaton.

The riders will approach the lake with a series of gentle undulations, before reaching the ‘Provence of Hungary’. Here, the volcanic hills will see the riders climbing up and down, as they approach the final flat 50km. This stage will see the race’s first bunch sprint, with the finish line almost without any corners.

This stage is a traditional mountain stage through the Valtellina that brings back some long forgotten climbs. The stage begins in Salò, entering the Val Sabbia, and passes the Bagolino climb and Goletto di Cadino – last tackled in 1998 on the occasion of the victorious ride of Pantani in Montecampione. Riders then climb the Mortirolo from Monno, before descending into Grosio and following the roads of the Sforzato Wine. Finally, the route clears the Santa Cristina pass, last passed in 1999, to reach Aprica.