Lead sponsor yet to be confirmed, says Italian team boss 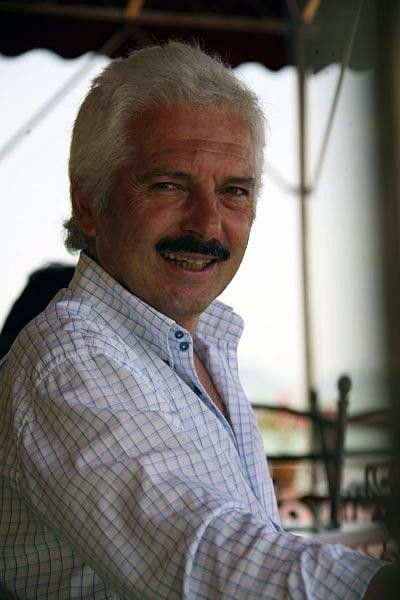 Gianni Savio has confirmed that his team will have 20 riders on its roster in 2021 but that despite holding talks with Fabio Aru there will be no room for the former Vuelta a Espana winner.

Savio has yet to finalise the exact composition of his main sponsors but has presented Sidermec as the squad’s name within documents sent to the UCI. Sidermec could step up as the lead sponsor next year but Savio confirmed that Androni and two other companies were still in talks over the lead sponsorship position. In 2020 the team raced as Androni Giocattoli – Sidermec.

Savio had been linked to signing Aru after it was widely acknowledged that the Italian rider would not be offered a contract extension at UAE Team Emirates after three years of inconsistent form, injuries and a loss of confidence from the senior management at the team.

Aru has been linked to a number of teams including Alberto Contador’s and Ivan Basso’s new project – although Basso told the Italian press last week that they would not move for Aru – while Savio confirmed that he simply didn’t have the financial clout to sign the former Astana rider.

“We’ve presented everything to the UCI and I want to continue with our philosophy of bringing through young riders. We’ll have twenty riders on the team next year and we’ll make a few announcements next week but there will be no Fabio Aru. I did talk to him but it was only going to be possible if we found a big sponsor. We have a budget for a team of twenty young riders and they’re good but we have absolutely don’t have the budget to have a leader like Fabio Aru. I don’t know where he will end up but we talked about a month ago and I don’t know where he will go,” Savio told Cyclingnews.

Savio also confirmed that all eight riders who raced the Giro d’Italia for him in 2020 would be on the team for next season but that there would be an emphasis on developing youth. He has signed the highly rated Ziga Jerman from the Groupama development team, while Jefferson Alexander Cepeda, has a contract on the team for the next three seasons.

“What I’m excited about is the young riders, so as well as the experience of Simon Pellaud we have signed Ziga Jerman, the young winner of the U23 Gent-Wevelgem team in 2018. He’s very good and he used to be on the same team as Tadej Pogacar. In the coming few days we’ll announce a young Colombian rider as well but I can’t give out any details on that one just yet. On November the 15th we’ll present another three riders but at the moment we can’t do that because not everything has been signed. I can tell you that every rider who raced the Giro d’Italia with us this year will be with us again in 2021.”