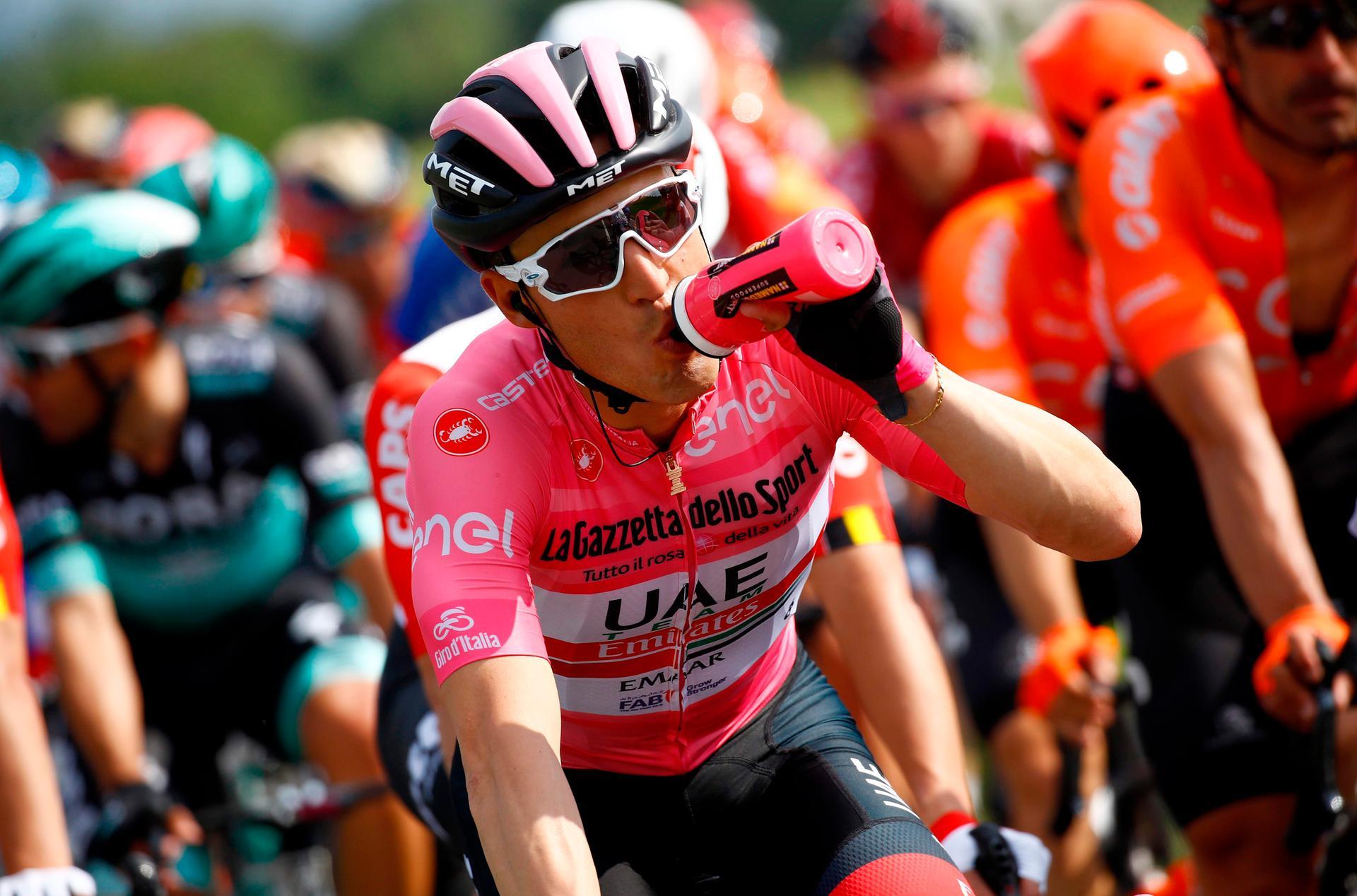 This would have been the week that the most beautiful race in the world would have started – the Giro d’Italia.

The Giro is special to me in a number of ways. As an Italian, it’s my home race and one that I have extremely fond memories of even as a boy. One of my first cycling memories was to see the Giro champions on the television and hear my family and friends talking about the winners and how much admiration they had for the cyclists competing.

Even as a six-year-old, I was in awe of some of the Italian riders, especially Marco Pantani and his achievements. Pantani was an Italian cyclist who was one of the best climbers of all time. Even now, I watch videos of Pantani competing and analyse the races to try to improve myself.

I cast my mind back with such enthusiasm to his ascent of Montecampione in the 18th stage where he dropped Russian, Pavel Tonkov in the last three kilometres to win the stage and gain a lead of almost a minute and a half in the individual time trial and win the 1998 Giro d’Italia Points classification. He was an incredible cyclist and one of the reasons I fell in love with cycling and wanted to become a professional cyclist.

Arguably my best moment I have had whilst racing for UAE Team Emirates on the World Tour was in last year’s Giro. I led the race for six days, wearing the pink jersey and hearing fans on the Italian roads yelling my name was very special for me – it was the happiest I have ever felt on a bike in my career.

It was also momentous for the team as this was one of the first times we had a leader’s jersey in a big stage race. I feel that this motivated my teammates and helped start the rise to becoming one of the best teams in the world.

Unfortunately, last year’s race ended in disappointment for me as I was forced to retire from the race due to injury. In cycling, these things happen, and it’s important not to get too down and let it affect you moving forward.

Much like the current situation with Covid-19. This period is difficult, but everyone needs to remain positive. From a cycling point of view, the UCI have recently released the revised 2020 World Tour calendar and plan to get us back racing from August onwards, which is music to my ears!

As a team, we are confident we will be able to get back on the bike soon and start racing competitively again. I have been training almost every day indoors on the training bike and have been concentrating on other areas using different exercises set by the team. I have also been making the most out of being able to have some physical and mental rest.

The team have remained close even without the racing. It’s made me realise what a close-knit group we have, which has been fantastic. We’ve been having chats on the team’s Instagram channel and been able to stay in touch through our WhatsApp and regular catch ups which has also been great.

We are staying fit and will be ready for the first race back. I am hoping this year’s Giro still goes ahead as I can’t wait to compete in the most beautiful race in the world again and improve on last year.

To all our Emirati fans, I hope you are all well. Thank you for following us and I encourage you all to listen to the government’s messages and if possible use your bikes as much as possible. See you all soon!